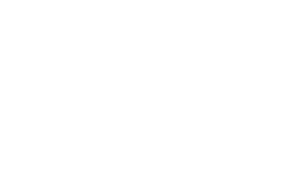 4pm – Out of the Shadows Panel: A Conversation about the Henson Festivals @ Teatro SEA

12pm – UNIMA-USA Symposium: Conversations on Puppetry, Social Justice, and Diversity: Part 1 at Teatro SEA
Presentations and discussion on issues of equity, diversity, and inclusion in US puppetry past, present, and future by scholars and artists in the field.

After three decades of uninterrupted theater work and bringing unforgettable adventures to thousands of children and youth, the award-winning Latino Theater Company, Teatro SEA, in collaboration with The Morán Group, bring you their bilingual Theatre-Books Series. Each volume includes full scripts in both languages (and on certain titles, even a third bilingual script!), so now you can broaden the experience of “CULTURA” and the magic of “TEATRO” by reading, studying, staging, and, most importantly, enjoying theater.

This lecture/ screening presents a series of short digital narratives as examples of how independent filmmakers can use low-tech equipment and puppets to challenge conventional modes of mimesis and representations of minority cultures.

7pm – A Conversation with Vincent Anthony, founder of the Center for Puppetry Arts hosted by Manuel Morán and John Ludwig

A look through the career and legacy of Vincent Anthony, founder of the Center for Puppetry Arts.

A conversation with representatives from the Center of Puppetry Arts (Atlanta,U.S.A.), TOPIC (Tolosa, Spain) and the Museum of the City of New York (NYC, U.S.A.).

Drama Therapist to participate in a discussion about the use of Puppetry and its healing properties in therapy.

Presentations and discussion on issues of equity, diversity, and inclusion in US puppetry past, present, and future by scholars and artists in the field.

How do we think globally and act locally, (going glocal) to shape thinking about puppetry? Join UNIMA-USA Board members considering how we present American puppet heritage nationally and internationally. What is our Intangible Cultural Heritage of puppetry and how are we sharing it? Can widening our vision about puppetry’s history and future promote diversity and inclusion as we push ever toward the highest standards of our art?

The World Encyclopedia of Puppetry Arts (WEPA) of UNIMA-International was meant to cover the world of puppetry comprehensively. Who was included in a 2012 print addition? In the 2017 online version? In the light of last summer’s Back Lives Matter movement, UNIMA-USA board members started to work on how BIPOC representation might be raised to the standard of American arts with EuroAmerican roots. Come join the conversation, learn the steps already taken, share your ideas of how American puppeteers as a group can respond to the needs of the present considering our puppet heritage and puppet futures in a diverse America. Share your ideas!